The Tech Valley Nonprofit Business Council recognizes the contribution of nonprofit organizations as a vital economic force in Tech Valley, one that has a tremendous impact on the quality of life for all residents. In support of the NBC mission, we wish to recognize the following individuals and organizations for exemplary contributions to the vitality of our community. 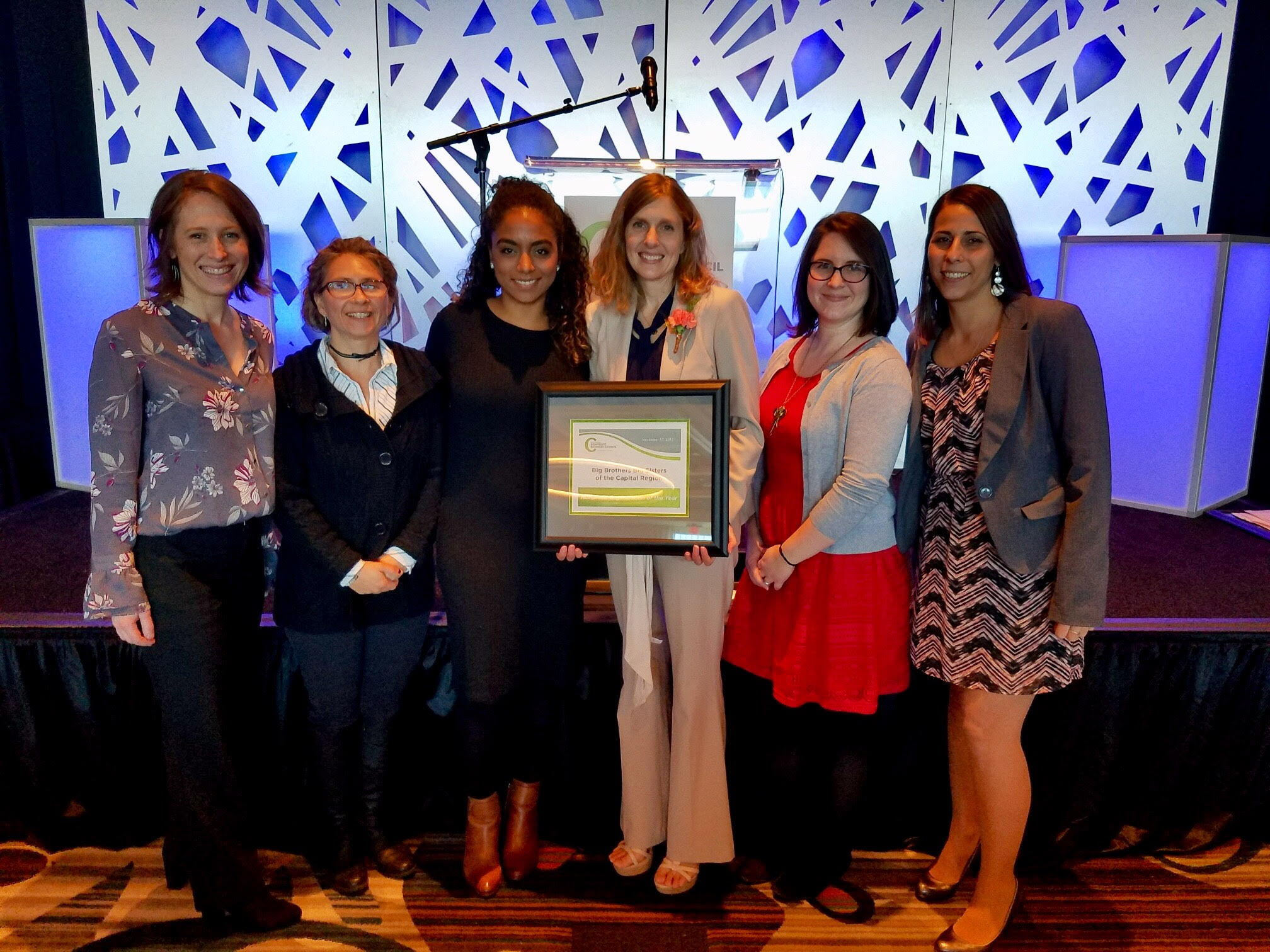 Albany, NY. (April, 6 2017) — Big Brothers Big Sisters of the Capital Region, is proud to announce that it is one of 17 Big Brothers Big Sisters (BBBS) affiliates selected to participate in the nationwide “Youth Relationships Study.”  This rigorous study will evaluate the benefits that BBBS mentoring relationships provide to participating youth in several key areas, such as success in school, mental health, and avoidance of risky behaviors.

“Research has been a core part of Big Brothers Big Sisters’ success over its 113-year history, and knowing more about how mentoring works will allow us to make mentoring relationships stronger and more effective for the youth we serve,” says BBBSA President and CEO Pam Iorio.

The study builds on groundbreaking research conducted in the 1990s that provided evidence of the effectiveness of BBBS mentoring. “As important as that study was, there is a pressing need to understand the present-day benefits of the program and to see if these are lasting over time, which is something the original study did not do,” says Dr. David DuBois, a lead researcher on the study and a professor at the University of Illinois at Chicago.

“The difference between Big Brothers Big Sisters programs and other mentoring organizations is that we focus on evidence-based, successful, long-term mentoring, and we measure and report our outcomes. This is why we fully believe in one-to-one mentoring and the impact it can have on the lives of children and in our communities, and we are honored to participate in this study,” said Big Brothers Big Sisters of the Capital Region CEO Sabrina Houser

The “Youth Relationships Study” is a five-year study of the BBBS Community-Based Mentoring program.  More than 2,500 youth between the ages of 10 and 16 will participate in the study, which is scheduled to begin in the spring of  2017.

Researchers will use a process known as random assignment to place the youth into one of two groups, one of which will participate in the BBBS program during the study. Researchers will follow both groups with the goal of determining how BBBS programming contributes to positive outcomes for youth. “Random assignment is the gold standard when evaluating the effectiveness of programs because it ensures that the two groups being compared are similar to each other at the start of the research,” says Dr. Carla Herrera, the study’s other lead researcher. “It has the added value of being fair because everyone gets the same chance of being part of the program.”

The Laura and John Arnold Foundation has awarded $1.7 million in funding to the University of Illinois at Chicago to conduct this research.

Chuck Miller from the Times Union: Help me raise money for BBBSCR